ONLINE COURSE | The Rise and Fall of Ladino-Speaking Jews

Registration for this program is full.

With Professor Devin E. Naar of the University of Washington 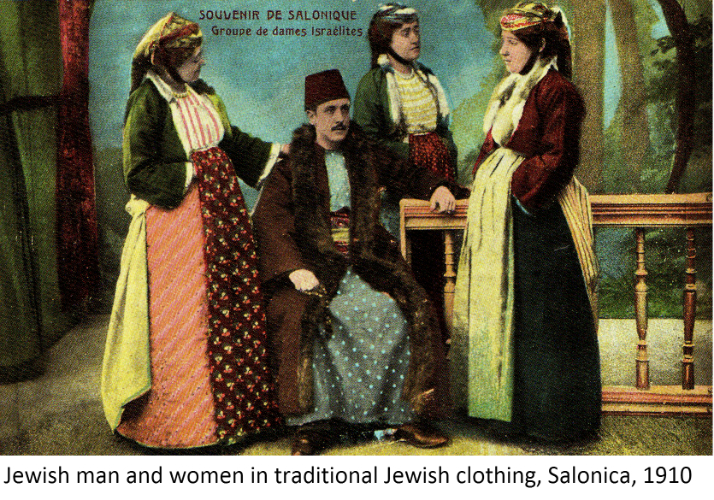 What has been the fate of that “other” Jewish language, Yiddish’s sometimes forgotten little sister? In this course, we will explore the history and development of the Ladino language as well as the experiences of those who spoke and wrote in it for more than five centuries. Tracing the impact of the expulsion of the Jews from Spain in 1492 and the establishment of a rich Jewish culture in the realm of Ottoman sultans in the eastern Mediterranean world, this course will also investigate the devastation wrought by the Holocaust and the creation of new diasporic communities of Ladino-speaking Jews across the United States.

Join Professor Devin E. Naar of the University of Washington for an in-depth exploration of Ladino language, literature, and culture.

Class runs for four weeks, March 21 - April 15. Interactive online discussion with the professor will be available during these four weeks only. Lectures and readings will remain available for viewing and downloading for four additional weeks (through May 13).

One new lecture is posted each week. You watch and respond at your own convenience. Class is not for credit.

Technical requirements: The Yiddish Book Center's online learning system supports all major modern internet browsers. We recommend that you use Internet Explorer 11.0, Firefox 39.0, or Google Chrome, with the latest version of Adobe Flash installed for rich media support. We will be in touch with registered students before the class begins with information about how to log in and view class materials.

Become a member or renew your Yiddish Book Center membership now to take advantage of the member discount. Then return here to continue the registration process. Registration closes March 9.

Week 1 - Under the Wings of the Sultan: The Rise of Jewish Communities in the Ottoman Empire

The “Golden Age” of Jewish life in Spain came to a devastating end in 1492. In the wake of the infamous expulsion decree of that year, Jews from Spain dispersed far and wide with the largest number ultimately settling in the lands of the Ottoman Empire. This lecture traces the trans-Mediterranean journey of the exiled Spanish Jews to the sultan’s realm and the cultural and political dynamics that shaped the communities they created and developed over the subsequent centuries. In short, it explores how the descendants of Spanish Jews eventually became Ottoman Jews.

Week 2 - A Jewish Language for All Occasions: Ladino Culture and Literature

While Yiddish expressions pepper American English and great Yiddish novels are celebrated still today, comparatively little is known about Ladino and the cultural world it shaped from 1492 until World War II. While spoken today only by a few people in the United States, Europe, and Israel, Ladino (also known as Judezmo and Judeo-Spanish) was once the language that permeated every aspect of Jewish life in Greece, Turkey and the Balkans. This lecture provides an introduction to the defining features of the Ladino language, serious and humorous aspects of Ladino folk culture, and key works of Ladino literature, both religious and secular.

Week 3 - The Sephardic Holocaust: The Destruction of the Jews of Greece

Although often omitted from standard presentations of the Holocaust, the Jews of Greece suffered one of the highest mortality rates of any Jewish community under Nazi occupation. The largest of all Ladino-speaking communities, Salonica (Thessaloniki), known as the “Jerusalem of the Balkans,” where Jews comprised half of the city’s residents at the turn of the century and where the port closed on Saturday in observance of the Jewish Sabbath, was completely decimated. This lecture will explore the distinctive processes of destruction, possibilities of survival, and the echoes of the memory of this once great community.

Week 4 - A Diaspora Within a Diaspora: Sephardic Jews in America

As many as fifty thousand Jews from the lands of the former Ottoman Empire came to the United States in the decades surrounding World War I. They constituted a tiny minority within the broader Jewish American community. How did the newly arriving Sephardic Jews adapt to their new country of residence? What became of their language, culture, religious traditions, and connections to their places birth? How was their experience shaped by interactions with their new neighbors, including Yiddish-speaking Jews? This lecture will explore the trajectories of Sephardic Jews from the Mediterranean world to America during the twentieth century.

A presentation by researcher, collector, and discographer Joel Bresler.

Devin E. Naar is the Marsha and Jay Glazer Chair in Jewish Studies, Assistant Professor of History, and Chair of the Sephardic Studies Program at the University of Washington. He received his PhD in History from Stanford University where his prize-winning dissertation focused on history of the Ladino-speaking Jews in Salonica (Thessaloniki), Greece. A former Fulbright scholar to Greece, where he curated an exhibition at the Jewish Museum of Salonica, Naar has published widely about Sephardic Jewish history and culture. He also directs the new Sephardic Studies Digital Library and Museum, which, inspired by the Yiddish Book Center, seeks to collect, digitize, and make accessible Ladino literature as well as other artifacts pertaining to the Sephardic experience.